Share a memory
Obituary & Services
Tribute Wall
Donations
Read more about the life story of Edgar and share your memory.

Edgar Clay Snyder, 95 of Kingwood, went home to his Lord and Savior on November 6, 2022.  His family was by his side.  Edgar was born on April the 11 of 1927 in Albright, WV to Henry Clay Snyder and Ruth Pearl Mayfield Snyder. The family had a large dairy farm and hard work was no stranger.  Edgar took over Snyder-Crogan Dairy after his dad passed.  He operated it with his cousin and then later became the sole owner. They no longer milked their own cows but purchased the milk wholesale.  He then started S&S Dairy Products and continued to deliver milk door to door as well as commercial distribution.  Edgar and Nancy (his wife) taught his children many values as they grew up.  Family, work hard and do a good job and most of all be kind, care for your community and give back.  Over the years there were many families unable to afford milk. Edgar always made sure they were provided for.  He was also know to deliver Christmas present to those families on Christmas Eve.  His route also included a lot of elderly who could not get out in the winter.  He would stop at the grocery store and pick up their needs and deliver them with the milk.  Growing up his kids almost all took turns delivering milk when there was no school.  Many children loved to ride on the milk truck and Edgar often gave them a chocolate milk.  There are many fond stories from these kids.

He was medically unable to be drafted in WWII, so he became a member of the WV Guard.  They were formed to protect WV in case of invasion.  He talked of them practicing in the basement of the Schwab Building in Kingwood.  He became a member of the Civil Air Patrol.  He was the commander of the Preston County Chapter.  He was a pilot and flew search and rescue.  He retired as a Major.  He was also in charge of Civil Defense and often had to go and check the food supplies taking his older son with him.

He was a lifetime member and past president of the Fraternal Order of Eagles in Kingwood.  He loved to open tickets and his eyes would gleam when he got something called a “holder.”  He had many friends there.

He helped develop and implement the Preston County Ambulance Service.  He served on the board of directors and was one of the first EMT’s in the county.

He served on the Reedsville Town Council and was the Park Commissioner.

He was a 32nd degree Scottish Rite Mason with Preston Lodge 90.  He recently received his 50-year Veteran pin.  His lodge brothers came to Stonerise to celebrate with his.  He was very proud.

He was a Shriner at the Osiris Temple in Wheeling.

He was a loyal member of the Albright Baptist Church and loved singing in the choir.

He worked as a security guard up into his 80’s at mines and the Albright Power Station prior to it closing.

He served on the Republican Committee of Preston County.

He retired but still provided security for the Relay for Life.  He also volunteered for Hospice.

His sense of humor was really shown during Easter.  He had a large Easter Bunny strapped his truck riding around with him. During the Halloween season he had a large Frankenstein riding shotgun.

He was preceded by his parents, two siblings: Pauline Durst and Allison Snyder as well as two wives, Nancy Martin and Jan Snyder.

Visitation at the Morgan Funeral Home in Reedsville will be Friday, November 11th from 2 to 4 PM and 6 to 8 PM. The  Funeral Service will be Saturday, November 12th in the Albright Baptist Church at 11:00 AM with Pastor Joe Lamm officiating. Masonic Graveside service will be at Sunset Memorial Gardens, Kingwood WV. Fellowship and a meal to follow at the Kingwood Community Building. Special thanks to Dr. Michael Schwarzenberg and Amedisys Hospice.  In lieu of flowers, donations can be made to Shriner’s Hospital for Children, 2900 Rocky Point Drive, Tampa, Florida 33607.

Morgan Funeral Home is honored to serve the Snyder family.

To send flowers to the family or plant a tree in memory of Edgar Clay Snyder, please visit our floral store. 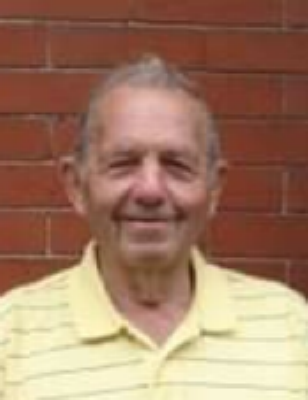