Share a memory
Obituary & Services
Tribute Wall
Donations
Read more about the life story of Richard and share your memory.

Richard Lee Garlitz, 85, of Richmond, VA formerly of Arthurdale passed away November 15, 2022. He was a native West Virginian, raised in Preston County, born May 13, 1937 in Kingwood, WV to Percy Vernon Garlitz and Vivian Adeline (Bell) Garlitz, both who predeceased him in death. Richard graduated from Masontown High School in 1955 and received his bachelor’s degree from WVU. He retired from Northrop Grumman Corporation where he was a Director of Operations (plant manager) of the Clarksburg facility at the Benedum Airport in Harrison County, WV.

After retiring, Richard traveled with his wife, Carol, to Europe, visiting the Berlin Wall, Nefertiti bust, seeing the Mona Lisa, the Eiffel Tower, Notre Dame Cathedral, and visited Normandy Beach, Pointe du hoc, and the graveside of Gen. Patton. He also saw the changing of the guard at Buckingham Palace in addition to Big Ben.

Visitation from 11 AM - 1:00 PM Tuesday, November 22, 2022 at Morgan Funeral Home in Reedsville. Graveside Funeral Services will follow at the Arthurdale Cemetery.

To send flowers to the family or plant a tree in memory of Richard Lee Garlitz, please visit our floral store. 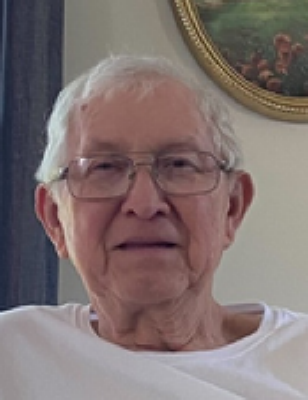